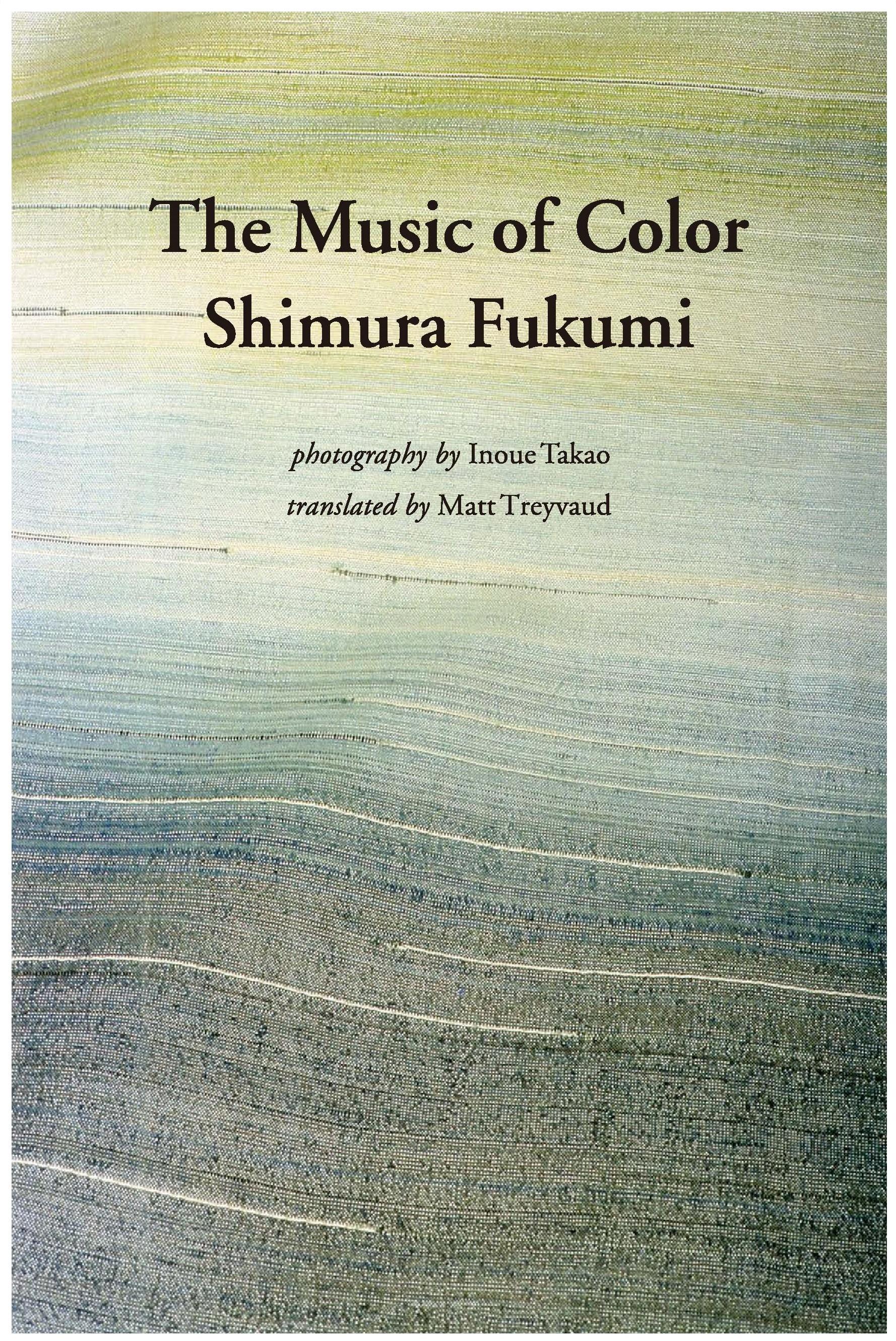 The Music of Color

“I have received color without limit from the natural world in the years since I entered the dyer’s way. It has poured down on me endlessly, too much for this meager vessel to hold. Joyful as a child with a new set of paints, I have woven and woven yarn dyed by the grasses and trees.”

A startlingly original creator in the medium of textiles, Living National Treasure Shimura Fukumi is also well known in Japan for her essays on color, nature, and the work of weaving and dyeing. The Music of Color collects some of Shimura’s most insightful writing together with Takao Inoue’s stunning photographs of her art and the natural world that inspires it.

From winter snows to spring blossoms, from the foothills of Japan’s “Southern Alps” to the back streets of Gion, Kyoto, Shimura initiates the reader into a facet of Japanese culture where the boundary between craft and art is blurred. Her insight into the sources and uses of natural color, along with her decades of experience in the world of Japanese textiles, from silkworm and loom to finished kimono, are both on full display in this rich collection. Travels from Basho’s “Deep North” to the western island of Kyushu are recorded, as are valuable accounts of Shimura’s encounters with other figures in Japanese aesthetics such as lacquerware master Kuroda Tatsuaki and poet–critic Ooka Makoto.

Offering new perspectives on contemporary textiles, Japanese folk craft traditions, and thoughts on how Japanese artists engage with the four seasons, the gemlike essays and translucent photographs of The Music of Color will linger with the reader long after the book itself is over.

“We draw the beautiful colors of the sakura not from the petals but the gnarled bark and branches. . . . The blossoms have already bloomed, so no color can come from there. It is the spirit of the tree entire, ceaselessly active, that emerges in the hue of each petal— and do we not see the same truth in the world of words?”

SHIMURA Fukumi
Born in Ōmihachiman, Shiga, in 1924, Shimura Fukumi received her first lessons in weaving from her mother at the age of 17. She began working with plant-based dyes in 1955. Recognized as a Living National Treasure by the Japanese government, she has also received the Osaragi Jirо Prize and other literary awards for her writing on art.

INOUE Takao
Photographer Inoue Takao was born in Shiga in 1940 and graduated from Kyoto City University of Arts in 1965. Folk crafts, Buddhist art, the city of Kyoto, and the natural world were among his favorite subjects. His published collections include Tibetan Esoteric Murals, The Modern Tea Ceremony, and more.

The Lives of Plants / Receiving Color / The Scent of Sakura / Dew from the Trunk / The Timbres of the Wild / The Kariyasu of Mount Ibuki / Gardenia Yellow / The Life of Indigo / The Color Green / On Looms / Melodies of Color / Mother-of-Pearl / Silkworms from Heaven / Raw Silk / The Beauty of Plain Cloth / On Mordants / Journey of Light / A Gray World / Gleanings from the Sample Box / Last Snows in Kohoku / “Signpost” (Michishirube) / Snow—Deep North—Colors of the Requiem / The Sakura of Fujiwara / Un, Kon, Don: Luck, Grit, and Simplicity / Tsumugi and Kasuri / Forty-Eight Browns and a Hundred Grays / Ungen-bokashi / Murasaki Shikibu and the Color Purple / The Colors of Gion / Three-Span Aprons / Kimono and Obi / The Art of Accessorizing / The Future of the Kimono / Half a Life in Sappanwood Red / Afterword to the Paperback Edition: The Work Does the Work / In Sympathy with Nature (Inoue Takao)

Winner of the 2019-2020 Lindsley and Masao Miyoshi Translation Prize awarded by the Donald Keene Center at Columbia University. For more information, please click the pdf.

"Indeed, The Music of Color is, at core, a celebration of the living hues Fukumi has received from the natural world — both in terms of the physical color extracted from leaves, flowers, and branches, and the sensory inspiration for her pieces she draws from the environment. In turn, Takao’s photographs receive Fukumi's textual imagery and grant it extra dimension via dynamic images of her cloth art and the environment that nurtured its creation." 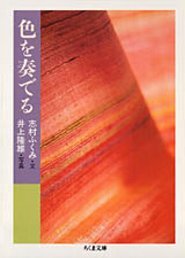