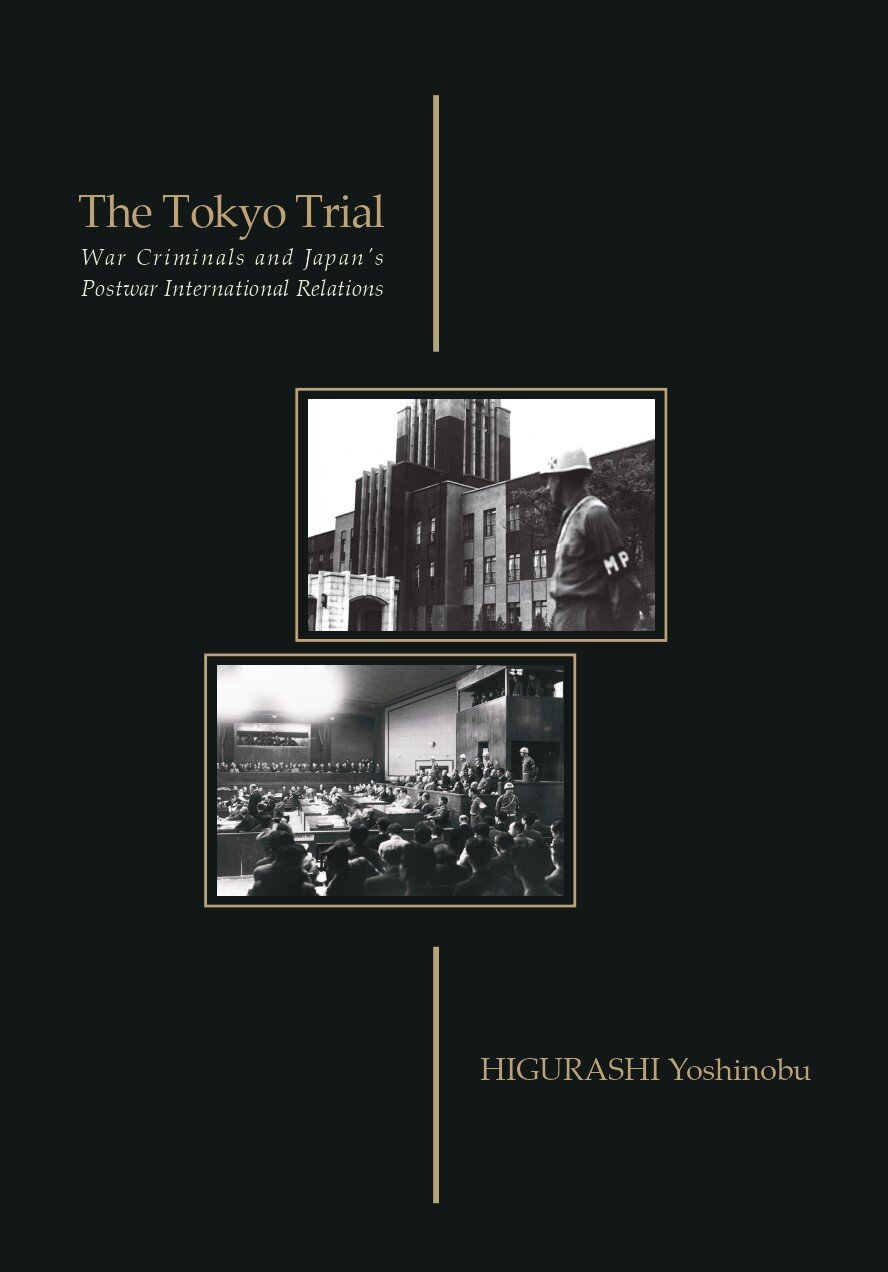 The Tokyo Trial, like the Nuremberg Trial, was unique as a judicial event. Presided over by eleven Allied judges, Japan’s wartime leaders were individually tried in an international court of justice for crimes against international law. After two years of hearings, a majority judgment found twenty-five of the accused guilty; seven were sentenced to death. However, factionalism amongst justices and competing political interests served to undermine the final judgment, widely criticized as “victors’ justice.” Some seventy years later, its legacy continues to inform international politics and polarize ideological debate.

In this revised English edition of his 2008 book, Tōkyō Saiban, winner in the History and Civilization category of the 30th Suntory Prize for Social Sciences and Humanities, eminent political scientist Dr. HIGURASHI Yoshinobu sets aside routine ideological approaches that have characterized study of the tribunal until now and focuses our attention on the engrossing political dynamics surrounding the Tokyo Trial and its current impacts.

Drawing on exhaustive research into foreign policy documents and inter-ministerial correspondence, Higurashi traces the contours of diplomacy in the wake of World War II, revisiting the Tokyo Trial from the viewpoint of Japan’s postwar international relations to shed new light on an event unprecedented in world history.

HIGURASHI Yoshinobu
Dr. Higurashi Yoshinobu is professor of Japanese political history and foreign policy in the Faculty of Law at Teikyo University. He was born in Tokyo in 1962. He received his BA in Law from Rikkyo University in 1986, MA in History from Rikkyo University in 1988, and PhD in Political Science from Gakushuin University in 2000. At Kagoshima University, he has served as assistant professor (1993–1994), associate professor (1994– 2004), and subsequently professor (2004–2012) in the Faculty of Law, Economics and the Humanities. He is the author of Tōkyō Saiban no kokusai kankei [The Tokyo War Crimes Trial and International Relations] (Tokyo: Bokutakusha, 2002), which was awarded the Yoshida Shigeru Prize in 2003 and published as a Chinese-language edition in 2016 (Shanghai: Jiao Tong University Press). His most recent books are Tōkyō Saiban [The Tokyo Trial] (Tokyo: Kodansha, 2008), awarded the 2008 Suntory Prize for Social Sciences and Humanities (History and Civilization category) and translated into Chi­nese in 2017 (New Taipei: Gusa Press), and Tōkyō Saiban o tadashiku yomu [Correctly Reading the Tokyo War Crimes Trial] (Tokyo: Bungeishunjū, 2008), co-authored with Dr. Ushimura Kei. Other works include his translation of Arnold C. Brackman’s The Other Nuremberg into Japanese (Tōkyō Saiban, Tokyo: Jiji Press, 1991), and his supervi­sion of the Japanese edition of John G. Roos’s In a Prison Called Sugamo (Sugamo jinmon chōsho, Tokyo: Yomiuri Shimbunsha, 1995).